Should You Use Products That Contain Talc?

We’ve all heard of talcum powder. You may have use...

Female Viagra Not Working - What’s Next?

Has your sex drive taken a hit?   Throughout...

The Kegel Conundrum: Do You Really Need to Exercise "Down There"?

If you find that you “pee a little” when you exerc...

5 Accessories that Can Help You Have a Better, Greener Period

In the day and age of everything green, can this c...

6 Habits and Lifestyle Factors That Increase the Risk of Miscarriages

Oh, baby!Getting pregnant can be one of the most e...

10 Menopause Facts You Need to Know

Are you experiencing hot flashes and night sweats?...

Is it a Hot Flash? The Signs

Perimenopause is a time of transition to menopause...

It starts as a warm glow in the head or neck regio...

It’s not unusual to feel warmly about someone. It’...

Sarah woke up from a sound sleep. Her body was soa...

Menopause and perimenopause are natural conditions...

Is It a Yeast Infection or Something Else?

About three-quarters of all women will get a vagin...

Can’t find that perfect travel mate? Why not go al...

The Risks of Having Dense Breasts

Do you trust the accuracy of your mammograms? Mayb...

5 Common Reasons You May Need a Hysterectomy

Ouch! Take the Pain Out of Mastitis

Mastitis is a painful condition that develops in b...

The Dangers of a VBAC

Attempting a vaginal birth after having a baby thr...

PMS? The Health Risk You May Face Later in Life

3 Women Talk about Single Sex at an Older Age

Could You Be at Risk for a Molar Pregnancy?

The time has come to take care of business. Your b...

5 Celebrities with the BRCA Gene

We’ve all heard the story of Angelina Jolie’s prev...

There are myriad reasons for pelvic pain in both m...

Pelvic organ prolapse (POP) is as old as written h...

Which Cancer Kills More Women than Breast Cancer? Find Out!

Which Cancer Kills More Women than Breast Cancer? Find Out! 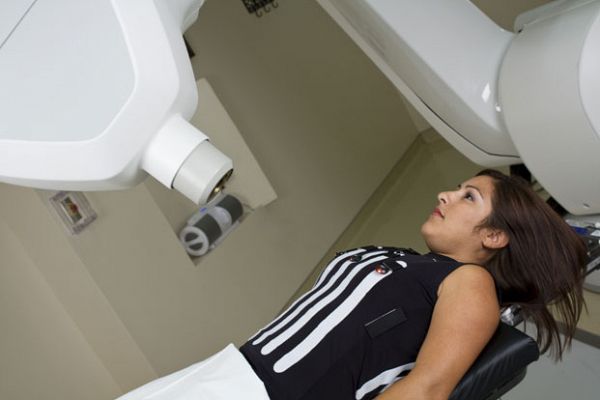 Mention cancer and women and most of us immediately think pink.

Much focus has been given to breast cancer over the past two decades. Breast cancer affects many women -- and some men -- each year. According to the American Cancer Society, one in eight women in the United States will develop breast cancer in her lifetime.

In fact, lung cancer has the highest mortality rate for women and men out of all cancer types in the United States and in the United Kingdom.

With little attention being paid to lung cancer, you may ask yourself what causes lung cancer, who is at risk and how you can help prevent lung cancer from developing. As much as you thought you knew about lung cancer, the answers will surprise you.

What are the causes of lung cancer in women?

Historically, smoking has been associated with lung cancer. That is still true today; in fact, smoking is still responsible for four out of five lung cancer cases. However, a stunning incidence of lung cancer in women who don’t smoke is occurring. One in five women who have lung cancer has never picked up a cigarette. These cases pose the biggest concerns.