Is Your Diet Making Your Arthritis Worse?

Is Your Diet Making Your Arthritis Worse? 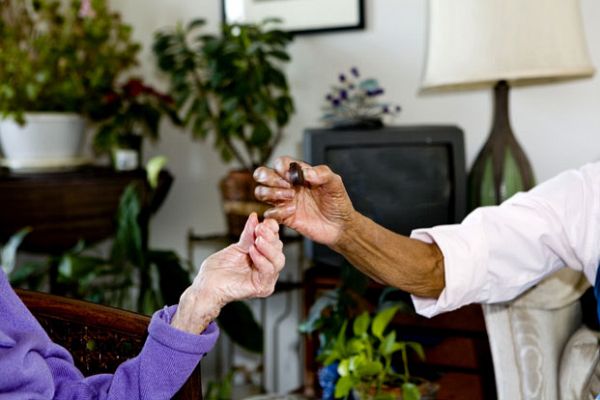 The average American watches about five hours, on average, of TV a night, seven days a week. Or about 35 hours a week, give or take. That’s almost a full-time job, eh? It is also likely that during this TV viewing, a person will eat a meal or snack – processed oven food like pizza or fried food like chicken wings, subs with processed meats or microwave dinners. Then we sit around and recite a litany of aches and pains, some of which are caused by arthritis, which, by the way, isn’t feeling any better.

They say, “We are what we eat…” with a shrug. In the case of arthritis, if we eat yummy foods that cause or exacerbate joint inflammation, our joints become inflamed and painful -- with a chance of great harm to the tissue between and around the joint. But no one really discusses this -- it is easier to pop a pill or two than to make some difficult lifestyle changes. But read on -- some changes are worth the effort.

Arthritis is inflammation of one or more joints. “Inflammation” is a process in which white blood cells and immune proteins attack infections, bacteria and viruses. Autoimmune diseases occur when the immune system triggers its defenses to respond to a perceived threat when no actual threat is present. This causes damage to the body's own tissues. Symptoms of joint pain and stiffness typically worsen with age.

Mainly, there are two different types of arthritis, osteoarthritis and rheumatoid arthritis. Osteoarthritis occurs when the cartilage between the bones begins to break down. Cartilage is a hard, slippery tissue that covers each end of the bones that make up the involved joint. Rheumatoid arthritis is an autoimmune disease that initially targets the lining around and between the joints, the synovium. This type of arthritis can eventually destroy cartilage and bone within the joint. The most common signs of these two arthritis types, all involving joints: pain; swelling; redness, and decreased range of motion.