Permanent Problems: When Tattoos Go Wrong...and How it Gets Ugly Fast)

Permanent Problems: When Tattoos Go Wrong...and How it Gets Ugly Fast) 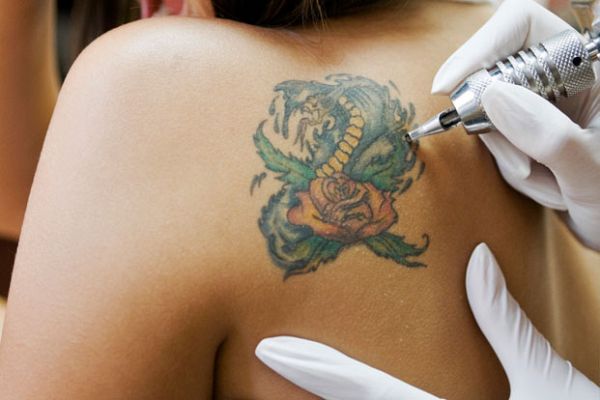 Don’t drink then ink. My friend’s husband was so drunk when he got a tattoo of his daughter’s name, that he didn’t realize he misspelled it for the tattoo artist…until the guy was done. His wife pointed out the mistake when he got home. It was at this point when the husband suggested they change the spelling of the child’s name to coincide with his new tattoo.

Don’t laugh -- tattoos are terribly permanent. In fact, that is the hallmark of a tattoo -- its permanence.

A 2010 Pew Research report found that 40 percent of Americans between the ages of 18 and 29 have at least one tattoo. And depending on the survey, 20 percent to 40 percent of American adults have one tattoo or more. With the growing popularity of tattoos, there are increasing reports of adverse reactions to infections and allergic reactions to dyes. So much so that the Food and Drug Administration recently decided to step in and look into the safety of tattoo dyes.

What exactly is a tattoo?

Thousands of years old, the practice of tattooing involves the permanent marking of one’s body with pigments injected into the dermis, the second layer of skin. Typically, a tattoo artist uses a handheld device with action similar to a sewing machine to puncture the dermis and inject dyes in a pattern of the client’s choosing. The tattoo can incorporate a range of colors and can take a few minutes to a few days to complete.

The reason tattoos are permanent is because the ink particles are big enough not to be processed by white blood cells, the body’s main defense against foreign bodies. "The reason pigment stays there is because the pigment particles are too big to be eaten by the white cells, so they just sit there," says Dr. Anne Laumann, MBChB, a professor of dermatology at Northwestern University.