The Nasty Effects of Too Much Ibuprofen

Ibuprofen is found in many medicine cabinets and i...

How to Lower Your Prescription Drug Costs

We live in a country where staying alive may be to...

Flakka: What You Need to Know

Drug addiction is an ongoing American problem. The...

The Health Risks of Taking Painkillers

8 Must-Ask Questions about Your Medication

Buyer Beware: The Dangers of Alcohol and Energy Drinks

Do You Need an Antibiotic?

Humans are covered with bacteria. Most are harmles...

It’s one complex word that no parent of a teen eve...

The Pitfalls of Too Many Antibiotics

They were called miracle drugs when they first wer...

The Fastest-Growing Drug Addiction in America

When we paint a mental image of a drug addict, it...

Have You Been Taking Your Medicine Too Long?

The most dangerous moment of any patient’s day?&nb...

Antibiotics are among the wonder drugs of modern m...

What You Should Know about “Female Viagra”

5 Times When You Should Never Drink

Alcohol is part of the fabric of America. It’s pre...

Alcohol – How Much is Enough?

It’s a well-known axiom among alcoholics – one dri...

Which OTC Pain Reliever Is Best for You?

When it comes to pain relief, not all products are...

5 Meds Everyone Should Have At Home

Take a quick look into your medicine cabinet. What...

When you visit your doctor for an annual checkup y...

Can’t Quit? 4 Factors That Make It Hard to Quit Smoking

Accentuate the positive. Look on the bright side....

The Pitfalls of Pain Pills

Painkillers can make recovery from injuries and su...

Being prepared can be a life-saver when it comes t...

Ever complain about the itchiness of a mosquito bi...

6 Facts You May Not Know About Adderall 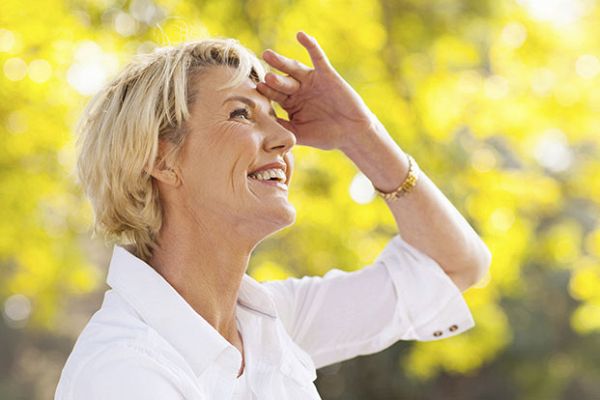 Major depression is a serious epidemic, affecting nearly 15 million Americans, or about 6.7 percent of the population of the United States. Even more shocking, the rate of depression in women is twice that of their male counterparts.

And depression is far more than just the blues: it is the root cause of as much as 90 percent of the more than 30,000 suicides reported in the U.S. each year, making it the 10th leading cause of death in the country. That breaks down to a suicide occurring every 13 minutes. With such staggering numbers, treatment for depression is a matter of life and death.

Unfortunately, the Depression and BiPolar Support Alliance reports that up to 80 percent of those being treated for depression showed no improvement in their symptoms within the first one to two months of beginning medication, psychotherapy, or a combination treatment.

And half of unsuccessful treatments are a result of medical non-compliance, often as a result of disruptive side effects. Other patients find themselves self-medicating with alcohol and/or drugs, which may seem to make symptoms better in the short term, but which can actually worsen depression and make it harder to treat in the long run.

If you are not having success with your medical treatment, or if you are experiencing side effects that are disrupting your daily life, talk to your doctor about drug-free depression treatment options. These alternatives may include:

Cognitive behavioral therapy may provide people with an education on what thoughts bring on their depressive feelings. The goal of this therapy is to teach patients to be cognizant of what triggers are particularly strong for them, and how to control those thoughts and destructive behaviors that affect mental state and create reactions to certain situations.