The Nasty Effects of Too Much Ibuprofen

Ibuprofen is found in many medicine cabinets and i...

How to Lower Your Prescription Drug Costs

We live in a country where staying alive may be to...

Flakka: What You Need to Know

Drug addiction is an ongoing American problem. The...

The Health Risks of Taking Painkillers

8 Must-Ask Questions about Your Medication

Buyer Beware: The Dangers of Alcohol and Energy Drinks

Do You Need an Antibiotic?

Humans are covered with bacteria. Most are harmles...

It’s one complex word that no parent of a teen eve...

The Pitfalls of Too Many Antibiotics

They were called miracle drugs when they first wer...

The Fastest-Growing Drug Addiction in America

When we paint a mental image of a drug addict, it...

Have You Been Taking Your Medicine Too Long?

The most dangerous moment of any patient’s day?&nb...

Antibiotics are among the wonder drugs of modern m...

What You Should Know about “Female Viagra”

5 Times When You Should Never Drink

Alcohol is part of the fabric of America. It’s pre...

Alcohol – How Much is Enough?

It’s a well-known axiom among alcoholics – one dri...

Which OTC Pain Reliever Is Best for You?

When it comes to pain relief, not all products are...

5 Meds Everyone Should Have At Home

Take a quick look into your medicine cabinet. What...

When you visit your doctor for an annual checkup y...

Can’t Quit? 4 Factors That Make It Hard to Quit Smoking

Accentuate the positive. Look on the bright side....

The Pitfalls of Pain Pills

Painkillers can make recovery from injuries and su...

Being prepared can be a life-saver when it comes t...

Ever complain about the itchiness of a mosquito bi...

6 Facts You May Not Know About Adderall

Why Your Flu Shot May Not Be Effective

Why Your Flu Shot May Not Be Effective 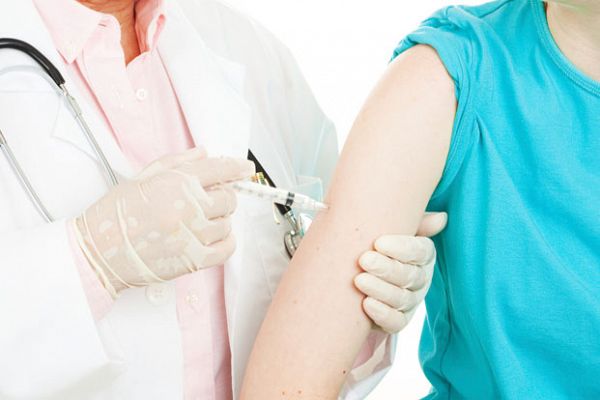 Influenza, or flu, as it’s commonly known, is a contagious respiratory illness that attacks the nose, throat, bronchial tubes and lungs. On any given year, between 5 and 20 percent of the population may develop this illness, and between 4,000 and 49,000 Americans die each year from complications related to the flu virus.

Unlike the common cold, flu symptoms are typically more severe and more likely to affect other parts of the body with a rapid onset. While most people who contract the flu will be able to recover at home in about two weeks, about one in four sufferers will develop complications, including pneumonia.

●     Chronic illness, such as heart disease

●     Weakened immune system, from medications (such as chemotherapy) or HIV

●     Living or working in a nursing home

The Centers for Disease Control and Prevention (CDC) advise anyone who can get a flu vaccine, especially those who fall into high-risk categories, to do so. While the success rate of the vaccine may vary from year to year, there are still many reasons to get an annual flu vaccine. The CDC notes:

●     The flu vaccine can keep you from getting sick with flu, which in turn helps prevent flu in those more vulnerable to complications from the flu.

●     Flu vaccination can help people who are in a high-risk category, like older adults, people with chronic health conditions and young children.

●     Vaccinating other members of the household is especially important if there are young infants (younger than six months of age) who are too young to be vaccinated.

●     Flu vaccines may make your illness milder if you do get sick.

●     Flu vaccines can reduce your risk of more serious outcomes, like secondary complications, hospitalizations or death.

●     Flu vaccination is an important preventive tool for people who have chronic health conditions and has been associated with lower rates of some cardiac events among people with underlying heart disease, especially in those who have experienced a cardiac event in the year prior to receiving a flu vaccine.

●     Flu vaccination has been associated with reduced hospitalizations among people with diabetes (79 percent) and chronic lung disease (52 percent).

●     Vaccination helps protect women during pregnancy and their babies for up to six months after being born.

There Are No Guarantees

How well the flu vaccine works (its ability to prevent those vaccinated from becoming ill) can range widely from season to season, and it can depend on who is being vaccinated. A number of factors can determine the likelihood that the vaccine will protect a person from the flu, including the characteristics of the person being vaccinated (including age and overall health), the similarity or “match” between the flu viruses the vaccine is designed to guard against, and the flu viruses spreading through the community.

In the 2014-2015 flu season, the CDC advised that, based on flu samples they had taken between October 1 and November 22, 2014, less than half were good matches for the current flu vaccines. In January 2015, it was reported that the vaccine only reduced the risk of developing the flu by 23 percent -- although in some years, the risk reduction has been as low as 10 percent. Because it takes four to six months to develop and manufacture a commercially available flu vaccine, by the time this data was released, it was too late to manufacture a new vaccine.

Despite this, the CDC advises that people should still get a flu vaccine each year, reminding them that just because a particular strain of flu currently is not present in the local community, it may appear at any time. Further, a flu vaccine still may make your case of flu milder than if you had gone without the shot this year, regardless of the strain.

What to Do If You Catch the Flu

Even if you’ve gotten a flu vaccine, you may still be at risk for developing the flu. If you begin to notice symptoms of the disease, the CDC reminds the public that there are three antiviral drugs on the market that can help you recover more quickly from the flu. Tamiflu, the most popular, is available in pill form, although there are injectable and inhalable drugs as well.

If you are unlucky enough to catch the flu this season, be sure to get plenty of rest, stay hydrated with clear fluids, add supplements to your diet (vitamins A and E, zinc and garlic are particularly helpful in preventing and minimizing the symptoms of flu) and monitor your symptoms. If you develop a persistent, high fever, chest pain, disorientation, or uncontrollable nausea and vomiting, get emergency medical treatment.


blog comments powered by DISQUS back to top